Toile de Jouy is fabric that was initially designed with scenes which tell a story......peasant life, pastoral and farm life, romance, etc.  And in the beginning it was usually one color on a light background (i.e., red on cream).
'Toile' being the French word for 'cloth' and Jouy being the area of France where it became mass manufactured, it was believed to have originated in France, but, in fact, it originated in England, and it was the French who made it famous.

Now, in our age of super mass production, it no longer is just printed on fabric, but can be found on just about anything one can imagine - shoes, wallpaper, lamp shades, dishes, furniture, mirrors......whatever the mind can imagine.  And it no longer just 'tells tales', it now is available in florals, as seen below.  It is also available in many, many color combinations and no longer just two colors.....often three.

Today, I am going to feature red toiles.......hope you enjoy!  Another day, another color!

And have a great weekend! 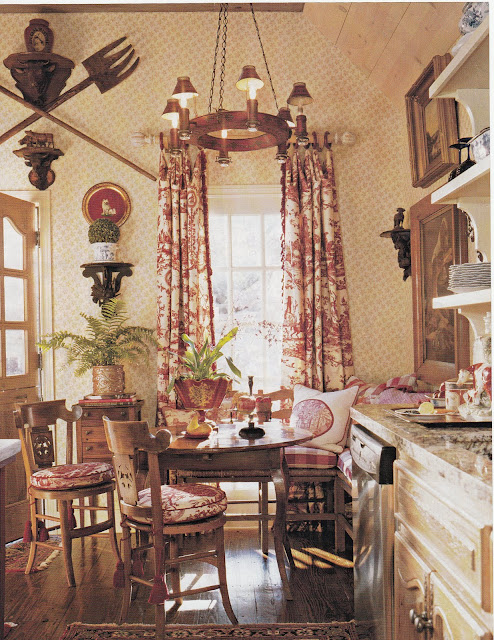 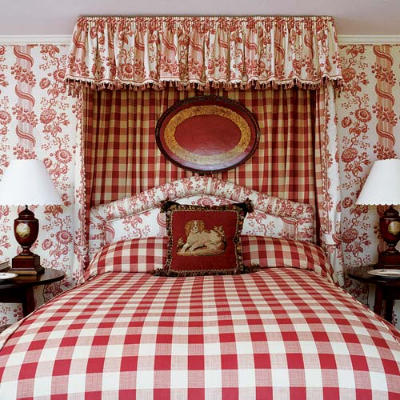 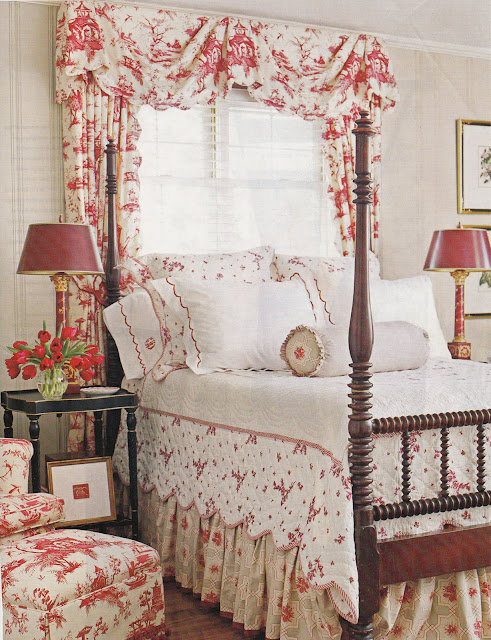 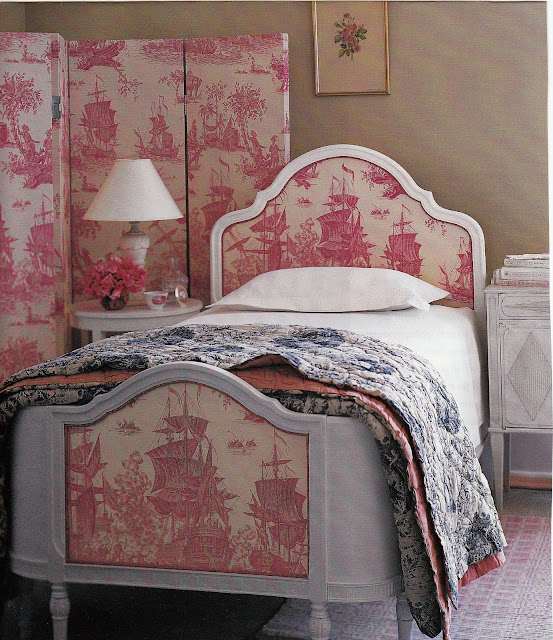 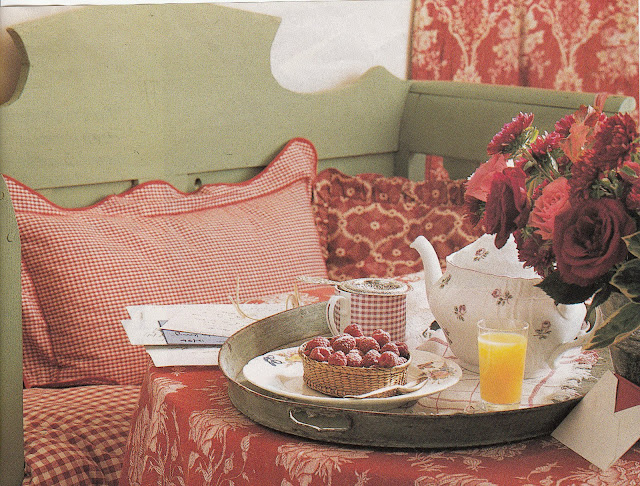 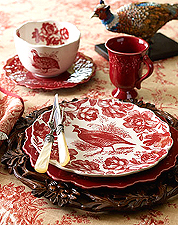 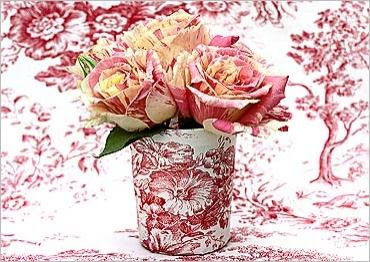